Hannah and Nate’s winter wedding at Bavaria Downs was nothing short of magical. Nate is a self-proclaimed romantic, and both Hannah and Nate are intense lovers of all of things Disney (one guess as to their honeymoon destination!), and so when I found out Hannah’s favorite movie was Beauty and the Beast, roses were the clear choice for their big day.

We used a mixture of standard roses with heirloom garden roses from Grace Rose Farm. We mixed mauve and beige tones with champagne, ivory, and blush, and even brought in a light lavender to bring some complexity to the color palette. We were blessed with the last harvest of garden roses before winter frost set in and ended the rose season for the year.

The indoor ballroom at Bavaria provides a unique design situation. The natural light comes in from behind, meaning the ceremony is back-lit. So in order to make our arch have visual impact in the space (and didn’t get lost by staring directly into a bright window) we used light greenery vines on a square arch. The square mimics the shape of the windows behind, allowing the structure to “disappear” and keeping the greenery loose allowed us to create more volume and drama. The greenery itself is an saturated green color, but with the backlighting and cool winter light, on camera it reads dark and almost black. Keeping the lightness with lots of space between the leaves was key in keeping a fairy-tale aesthetic. 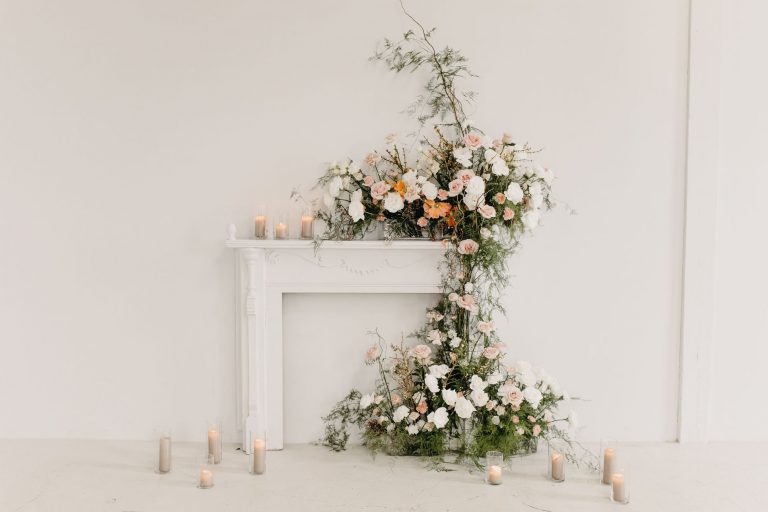 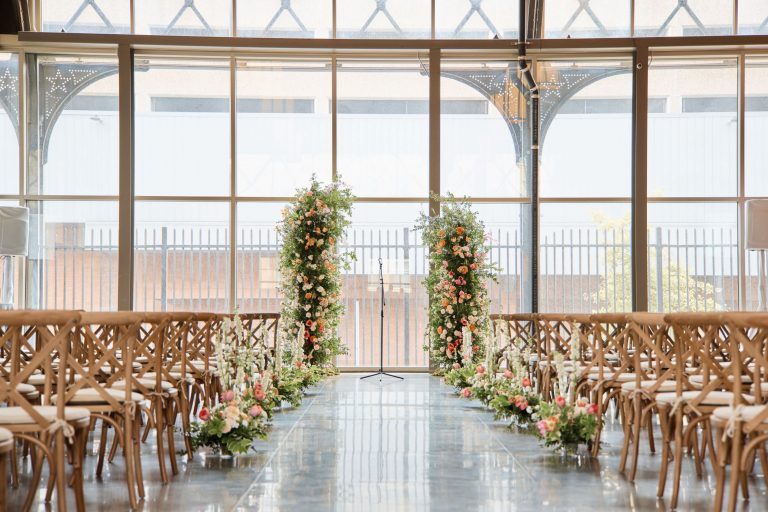 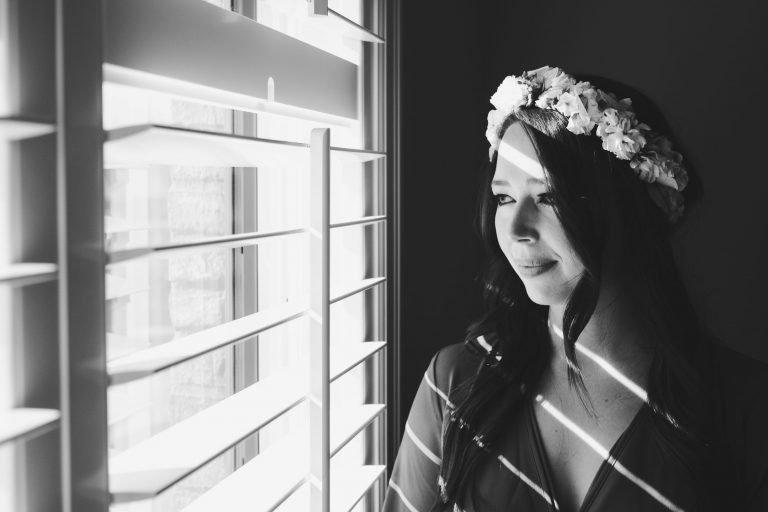 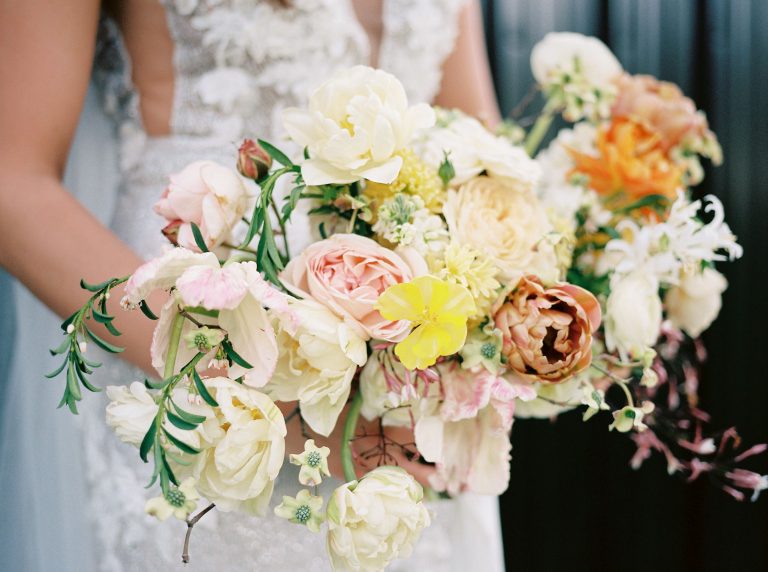 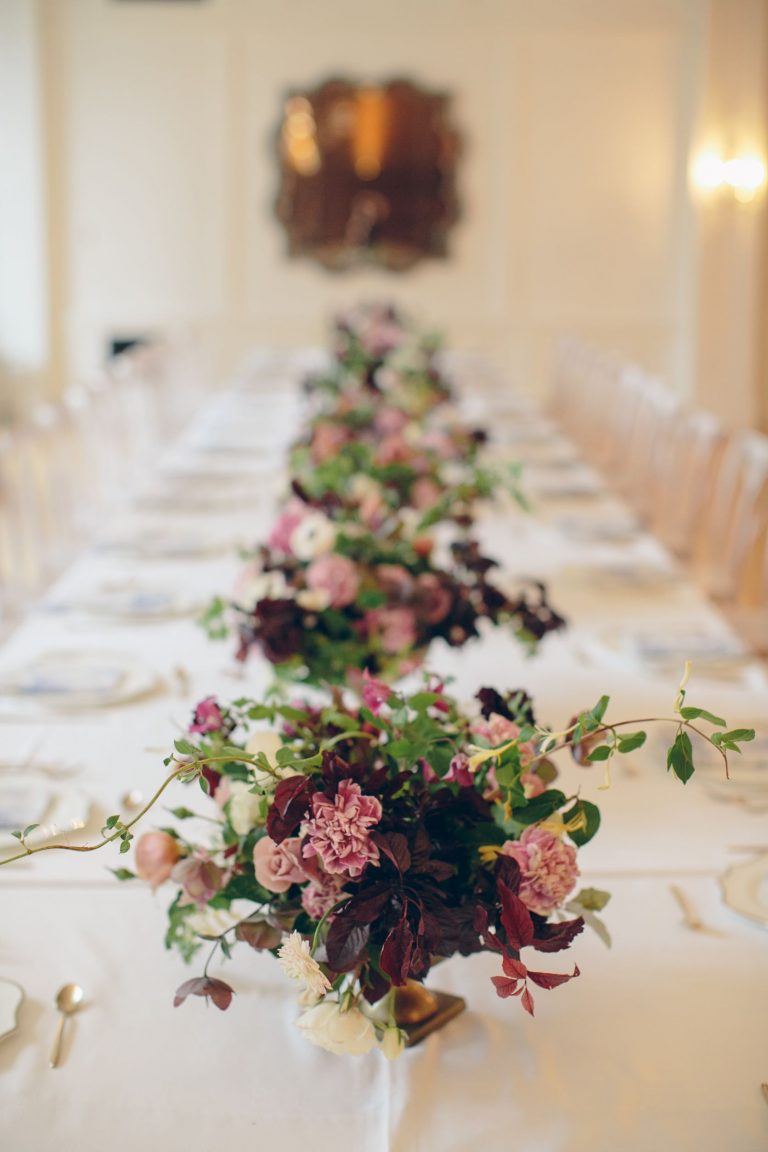